With the emergence of daily fantasy golf games at DraftKings.com, and the popularity of open field leagues such as Yahoo Fantasy Golf, “traditional” fantasy golf is something most players will never experience. By “traditional” I mean a league that operates similar to fantasy football. For example, if you draft Jordan Spieth, nobody else can have him. He’s yours and only yours for the duration of the season.

While I used to play (and serve as commissioner of) this types of fantasy golf league as far back as the early 1990’s, the dominance of Tiger Woods essentially killed this format. Whoever got Tiger won the league. Every single time. Now, with the influx of young talent and an increase in parity, “traditional” fantasy golf leagues are primed for a comeback.

This year I was asked to join an existing fantasy golf league that holds an annual draft. This particular league has been in existence since 1975. There are 8 league members and the draft for the upcoming season (which begins at the Fry’s on October 15th) was held on Thursday.

By random draw, I was assigned the third pick and was pleasantly surprised to see Jason Day fall into my lap. I was ecstatic to get a top 3 pick, ensuring I would get one of golf’s “big three”. I had Day penciled in at #1 on my list followed by Spieth and McIlroy.

Below are the results… 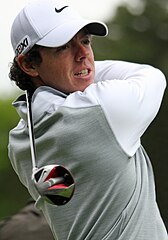 A mild surprise with Rory going first overall but it is hard to argue with the pick. Rarely does a golfer have consecutive years as dominating as Spieth or Day did this year and Rory missed the bulk of the major season due to injury. You can count on McIlroy being in contention in every major next season and he is just 1 year removed from winning 2 majors in the same season as Jordan Spieth did this year. It is also important to remember that Rory has already won 4 majors championship and is still only 26 years old. 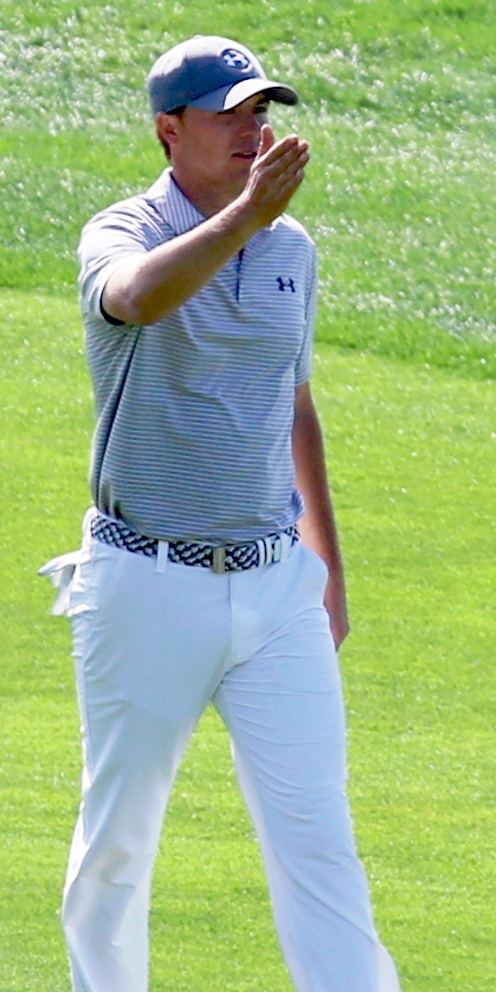 How can you go wrong with Jordan Spieth at 2nd? Spieth has proven himself to be the best putter in the game and at 22 years of age he probably won’t be losing his touch with the flatstick anytime soon. Spieth knows how to prepare and peak for the big tournaments and in this league the majors and the Tour Championship are worth 4 times more than the average PGA Tour stop. 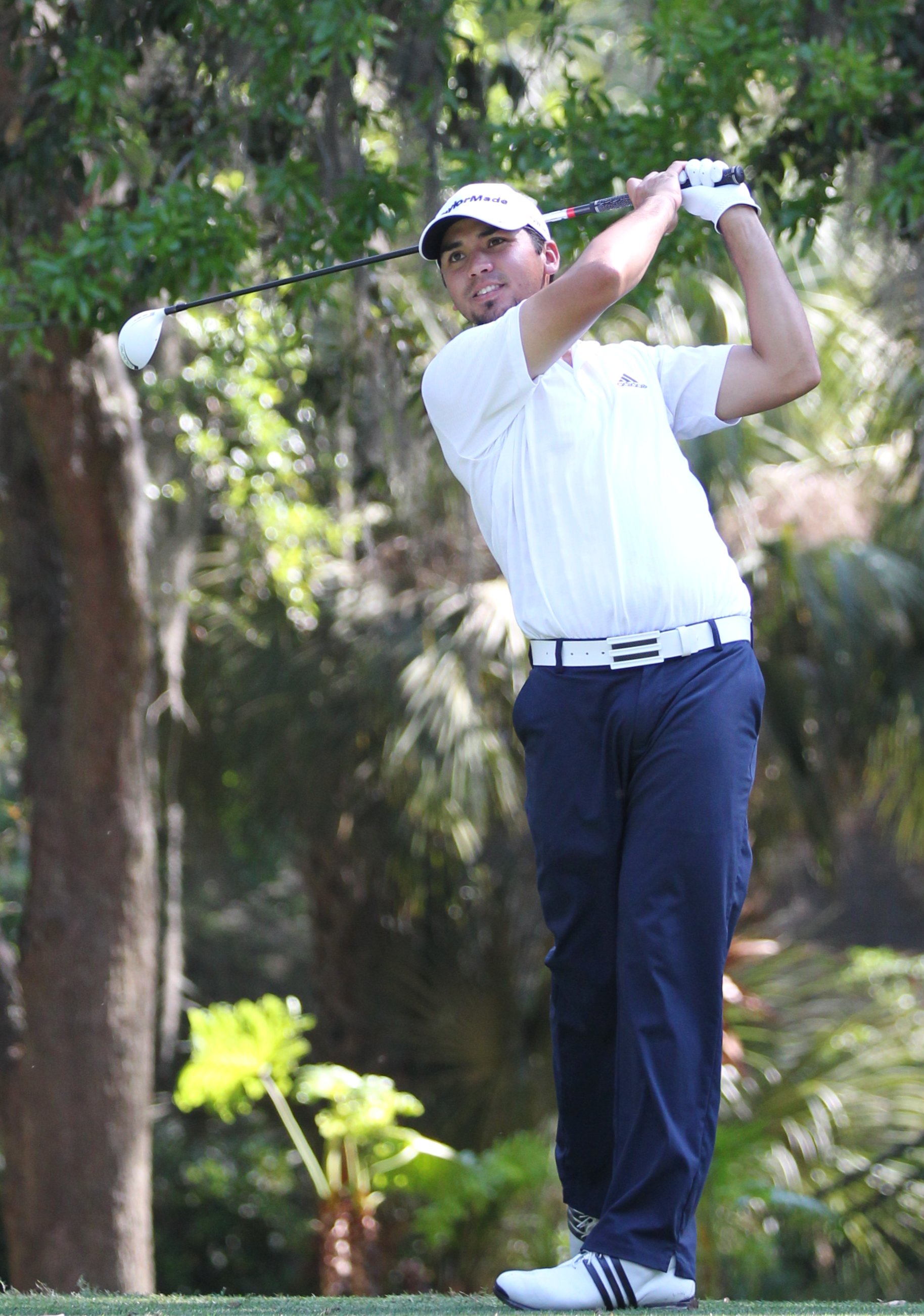 I had decided Day would be top on my list and would be my pick if I drew the first pick overall. To get him at 3rd is a bonus. With the 3rd pick I wouldn’t even have to decide which of the big three to choose. My pick would be by default, based on the picks of the two league members who picked ahead of me. Nonetheless, I was super-excited to start my team with the PGA Championship winner. I believe that his dominance throughout August and into the FedEx Play-Offs was the closest thing to watching Tiger Woods blow away the field every week for 15 years. While Day has a long way to go to match Tiger’s resume, and has tougher competition to contend with, I don’t see any reason to believe Jason won’t equal or better his 5 win season. It would also be hard to imagine Day not winning at least one major in 2016 and he should be right in the mix for all four. Of course, the same could’ve been said about Rory McIlroy last year at this time.

A solid pick here as Bubba has clearly established himself as one of the most prolific talents on Tour and has won 2 of the last 3 Masters tournaments. At 36-years-old Watson remains in his prime and will likely add to his 8 career PGA Tour wins.

At the 5th pick it would be hard to find someone with as much upside as Dustin Johnson. He has top 5 finishes in three of the four majors in his career with his best finish at Augusta being T6. He is currently carrying the title of “best player to never win a major” and eventually everyone who carries that title sheds it by finally winning the big one (unless your name is Colin Montgomerie). If Dustin learned from his near misses and can overcome the demons that will no doubt be haunting him when his is contention on the back nine of a major in 2016, he could win multiple majors next season. With 9 PGA Tour wins since turning pro in 2007, the guy knows how to win.

He’ll turn 40 in February but is showing no signs of slowing down after winning his second major at St. Andrews this summer. Zach Johnson is a big time contributor to any fantasy roster as he is in-contention in almost every single event he enters. Johnson never seems to be the favorite to win at the beginning of the week but he is ALWAYS there on Sunday with super-caddy Damon Green by his side.

If I had drawn the 4th pick instead of the 3rd, Fowler would’ve been my guy. At just 26 years of age, Fowler had a breakout year in 2015, finally living-up to the potential and expectations heaped upon him by the media and American golf fans. Not only did he win the “fifth major” at the Players Championship but he ended the season with a FedEx event victory at the Deutsche Bank Championship. Rickie also won a big event in the Scottish Open in July. In 2014, Fowler finished top 5 in every single major, something Jordan Spieth also did this season, albeit with 2 victories. Fowler is widely considered the 4th man after the “big three” and he will have every opportunity to turn the “big three” into the “big four” when he wins his first major. Huge value pick at 7th.

If you were to break out the draft pool into tiers, you will find the top tier of Day/Spieth/McIlroy followed by 5 other golfers. After that next 5, I believe there is a big drop-off. So Justin Rose is a pretty good guy to get at this spot after putting together one of the best seasons of his career in 2015. He has one major under his belt (the 2013 U.S. Open) and has 14 victories between the two major tours (7 on the PGA Tour, 7 on the Euro Tour). Some may argue that Henrik Stenson belongs in the second tier along with Rose/Fowler/Zach Johnson/Dustin Johnson/Bubba and it would be hard to not agree with that. I place Stenson on third tier because of the simple fact that he hasn’t been able to close in big events despite having won 4 times on the PGA Tour and 9 times on the Eurpoean Tour. I like Justin Rose over Stenson.

Now, for the rest of the draft…

Just three years ago, Luke Donald would have been among the top 5 players drafted. In 2015, he was the last player selected in the draft at 80th overall. Also a bit of a surprise to see Kaymer fall so late. Meanwhile, Tiger Woods fell down to the 5th round while Mickelson fell to the 6th.

It is ALWAYS a crap shoot to some extent but I hope our draft results will help those of you with a draft coming up to get a feel for when golfers are being picked. Happy drafting! See you at the Frys.com Open!