About The Region:
Nestled in the foothills of the Smoky Mountains in Northeast Tennessee and Southwest Virginia lies the scenic and emerging outdoor tourism destination known as the Tri-Cities. The region gets its name from the three similar sized cities that serve a greater 18-county region that also stretches into Western North Carolina. The cities of Bristol (a border town whose main street is bisected by the TN/VA state line), Johnson City (TN) and Kingsport (TN) each offers something a little different, but collectively can satisfy nearly all tastes for food, culture, music and – of course – golf.

The area knows a little bit about playing hosting visitors. Bristol Motor Speedway races and regional music festivals regularly draw crowds in excess of 100,000 people. It stands reason to believe that you can find a great rate on a place to stay in addition to welcoming merchants and restaurateurs to will make you feel like you’ve lived there for years.

About The Golf:
Back in 2005, Golf Digest ranked all 330 metro areas in the country from top to bottom using factors such as course conditions, price, access, memorability and variety. The Tri-Cities region ranked number two on that list. People took notice.

If one were to look only at a list of the course architects that have worked in the Tri-Cities area, one might think they are reading an advertisement for Pinehurst or Myrtle Beach. A.W. Tillinghast, Donald Ross, Tom Fazio, Bobby Weed, Rees Jones, Dan Maples, Ellis Maples, Dennis Griffiths, Mark McCumber, Tom Clark, Arthur Hills and George Cobb have all left their fingerprints on the region.

The variety in the style of courses is refreshing. You can choose from traditional parkland designs, resort-style, links golf or some of the best mountain courses you’ll find anywhere. Whatever your preference, you will find affordable prices without sacrificing anything in terms of course conditions from what you’d expect to pay in big markets or fancy resorts.

Do your own homework based on the style of course you prefer and budget you’re on, but here’s a few places to start… 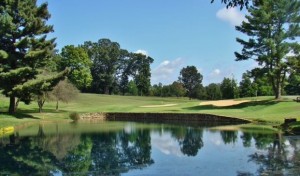 With the latter, legend has it that a local coal man wanted to join August National and was turned away. His solution was to build his own course and create the same type of experience. If you get the chance to test it, butterflies will flutter on the tees and knees will knock on the greens!

Overall, Tri-Cities is a diamond in the rough destination that provides cheap rounds, great courses and conditions and southern hospitality that will make you wonder, “why haven’t I heard of this place before?” If you book your next golf trip here, you might instead ask, “how soon can we come back?!?” 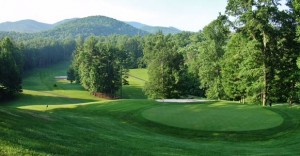 About the Author/Blog:
Landon Owen is a self-professed golf addict whose first job out of college was selling golf packages in the Carolinas. With over 200 different courses played under his belt (on his way to a goal of 1000), he enjoys sharing the game with others through play, travel, written word, movie quotes and photography.