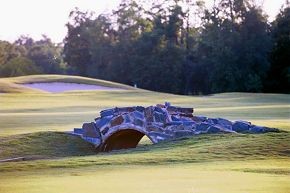 About the Region:
The PGA Championship is coming to Charlotte in 2017. This is a big deal for the folks of North Carolina. Did you know, the major championship held in North Carolina outside of the Village of Pinehurst (and the USGA‘s love affair with the course) was the 1974 PGA Championship at Tanglewood Park? Some guy named Trevino won that one. It just doesn’t seem possible that it took the PGA over 40 years to come back.

True, Charlotte has hosted the Wachovia Wells Fargo Invitational at Quail Hollow (the same course that will host the ’17 PGA) for the past decade or so. There’s a reason though that the PGA awarded their biggest prize to the biggest city in the Carolinas. The course is a magnificent test and the galleries are as passionate as anywhere outside of NYC. Not to mention, how much fun will it to see the best in the world walk the Green Mile (Quail’s last 3 holes) on Sunday? [I’m going on record and proposing a Jim Nantz drinking game – everytime he says ‘Green Mile’ you have to take a shot or shotgun a beer. Early over/under on number of times Nantz says ‘Green Mile’ during the week:  47.5]

Charlotte – and the state too for that matter – know the world is watching, especially considering the extra attention the state has received (and the marquee sporting events they’ve already lost) thanks to the ‘HB2’ Law. Any wagers on what the port-a-johns will be labeled at the tourney? Too soon?

So with the NBA All-Star game and the ACC Football Championship game heading out of town, this is THE big deal for the next 12 months. I’ve got a ticket and a hotel booked already, but likely won’t get to play on the trip (which is an absolute shame).

If you’re going, here are a few pointers on where to stay and where to play…

About the Golf:
Charlotte has its own distinct golf flavor. It isn’t a true golf destination the way that D.C. or Atlanta are viewed, but maybe it should be. The greens fees are reasonable for a large metro area (what costs you $100 in those cities is often just $65 here) and the course inventory has both quantity and quality. The Queen City benefited from the golf boom of the 90s and early 2000s as much as any major city in the eastern U.S.

Most of the courses inside the I-485 loop are private; the ones that aren’t private are munis about which you won’t spend much time writing home. Since two of the major hubs that will house guests lay inside the loop as well, that means you’re probably driving a bit to your tee time if you stay Uptown (for the nightlife) or in South Park (to be closer to the course and/or to leave the non-golf fan that comes with you to shop).

That being said, keep an eye out online if the private courses are offering any public deals during Championship Week. You might get lucky and there are some good ones if you can get on. Charlotte CC, Myers Park, Carolina CC & TPC Piper Glen are ones to jump at inside the loop. The Peninsula Club, Ballantyne CC and The Club at Longview are some to watch as well. Check Boxgroove.com closer to the event to see who’s posting slots.

Here’s the best of the many public offerings in town and some advice on where to stay if you’re new to town: 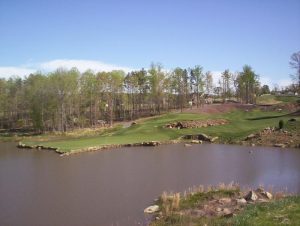 North
Stay: near Charlotte Motor Speedway/Concord Mills or in University City
Play: Verdict Ridge stands out from the crowd just off the shores of the west bank of Lake Norman. Rocky River, Highland Creek and Skybrook are all solid tests. For the thrill seeker, don’t miss a chance to drive up to play Mike Strantz’s mountain masterpiece, Tot Hill Farm Golf Club (Asheboro, NC $39 weekday/$49 weekend). It gets less ink than some of his other courses (Tobacco Road, Caledonia, True Blue), but love it or hate it, you’ll talk about it for years to come! Stop on the way in/out or just drive up for the day. It’s worth the effort – trust me.

South
Stay: Ballantyne or Pineville. Rock Hill (SC) is further from the PGA but just as close to your tee time.
Play: Tega Cay Golf Club (pronounced TEE-gah KAY, Tega Cay, SC $48/$57) sits on a peninsula overlooking Lake Wylie and boasts 27 holes of spectacular conditions, including some of the best greens in the region. This feels more like a mountain course than something you’d expect in a flat-ish metro area. Start on the Grandview loop and you’ll see what I mean on that first tee box. Waterford, Springfield & Regent Park are also on the SC side of the border, while The Club at Ballantyne Resort and Charlotte Golf Links are both excellent options right off I-485.

East
Stay: Matthews
Play: Emerald Lake, Olde Sycamore & The Divide are all residential courses tucked within a mile or two of the outer loop. Charlotte National, Eagle Chase, Red Bridge are just about golf. The standout on this side of town has long been Stonebridge Golf Club (Waxhaw, NC $44/$59). Course architect Richard Osbourne’s classic layout is a pleasure to walk and is just a flat-out awesome layout and another great example of Charlotte’s course diversity.

West
At least the airport is over there. And hey…You can see all the places you wish you played in the other parts of town from the air when you leave! (#dontbethatguy) However, if you are stuck in Shelby or Gastonia for some reason, Cleghorn Plantation is Rutherfordton, NC is the best thing within 50 miles on that side of town open to the public. 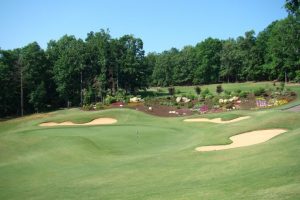 (*CADDIE TIP* If you didn’t skim straight to the courses part, good for you! Tanglewood Park in Clemmons, NC is open to the public. Not many places you can just walk out and play that held a major championship. They have 36 holes, so if you travel in/out of town through Winston-Salem, stop and play a piece of history)

About the Author/Blog:
Landon Owen is a self-professed golf addict whose first job out of college was selling golf packages in the Carolinas. With 200+ different courses played under his belt (on his way to a goal of 1000), he enjoys sharing the game with others through play, travel, written word, movie quotes and photography.